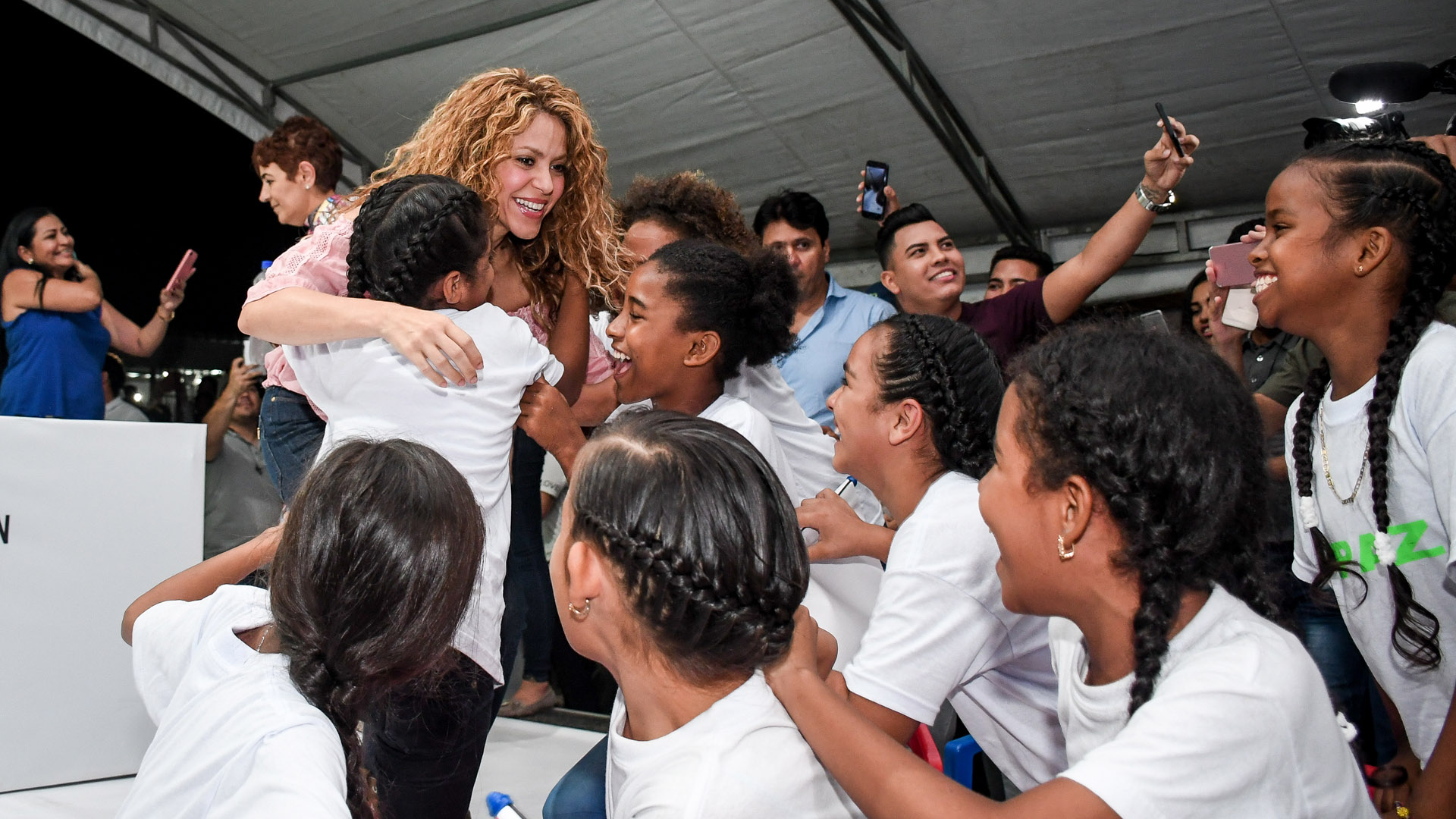 After about 15 minutes in the dressing room, Shakira left the megacolegio building, the Barcelona F.C. Foundation, La Caixa Foundation and Barranquilla Mayor.

During the ceremony, Shakira claimed to the national government to try to reduce the resources spent on education in Colombia from 13% to 7%. "This is unacceptable, it shows that instead of moving on, we are going to lag behind. We need to invest more in education and build more schools where we do not have," the artist emphasized to El Bosque's people who named her.

Despite being in the middle of a successful concert tour that culminated last night in Bogotá's last performance, Shakira interrupted her music side to note the current issues of the country.

As well as responding to press questions, he rejected sexual abuse of minors and asked the Colombians to help people from Venezuela.

The aroma of EL HERALDO

One of the most sensitive moments of school start-ups in El Bosque neighborhood, when Shakira EL HERALDO took a copy and brought it to smell. "I love smell," says the Barranquilla artist in the district's first lady, Katia Nule, before placing her in the box.

The initiative was proposed by the President of the Spanish Foundation "La Caixa", which also provided the source for the work. "The tradition is to place the newspapers in a urn where we announce the construction of works in which we are involved and then remove them when they are completed," said Xavier Bertolín.

Later the head of Shakira's press handed the way to an EL HERALDO journalist to ask the artist, but not the medium, as "the largest and most influential in the region."