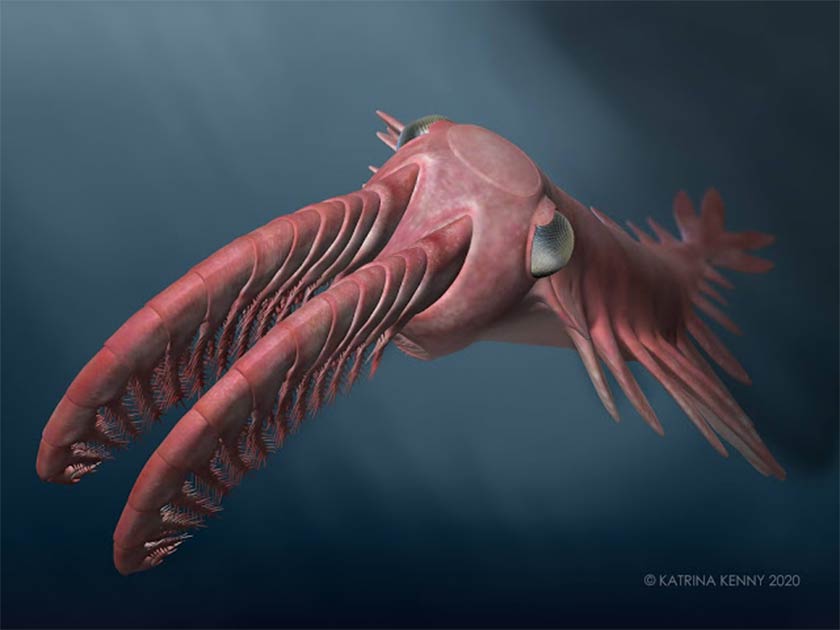 A new study suggests that events in the perspective of deep-sea giants known as “radio donuts” may have led to the half-billion-year-old “evolutionary arms race.” The “Cambrian eruption” occurred about 541 million years ago and lasted about 13-25 million years. This is the beginning of an evolutionary arms race in which almost all major animal groups have emerged. Now, a new study claims to provide “critical new information” about the evolution of early marine ecosystems that emerged during this time, leading to better hunters with better visual characteristics.

New study published Scientific progress . The study was written by Professor John Patterson of the University of New England Paleoscience Research Center , In collaboration University of Adelaide , The South Australian Museum And the Museum of Natural History in London. Speaking Archaeological News Network Professor Patterson says the study highlights how “vision” played a crucial role in the Cambrian eruption half a billion years ago.

Radiodendrons are called “radiation teeth”. About 500 million years ago, their muscular, overlapping ventral flaps propelled these creatures through the oceans, resembling the methods used by modern rays and bedfish. A large pair of radiodenders’ heads were hailed as “split appendages to catch prey” and painted with their rounded mouth and rows of teeth. New research suggests that some of these animals lived in the ocean floor at depths of up to 1,000 meters (3,280 feet). They developed “big, complex eyes” to make up for the lack of light in this deep, deep atmosphere. 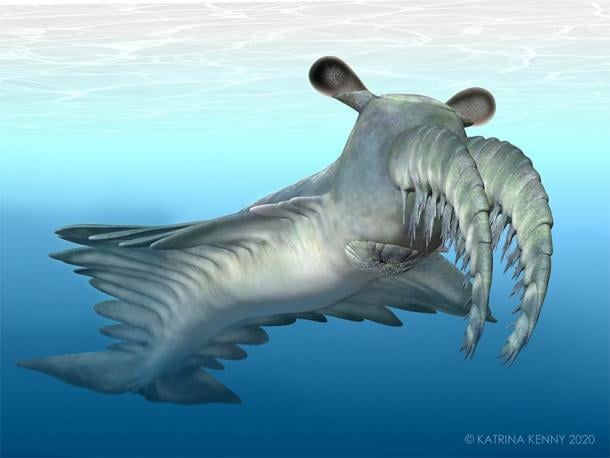 Radiodont anomalocaris, with its large, throaty eyes, is thought to have been a prominent marine predator that swam in the oceans 500 million years ago. (Katrina Kenny / University of New England )

The study concluded that animals became more aware of their surroundings when they had more complex visual systems. This, according to the study, created an “evolutionary arms race” between hunters and prey. Basically, the vision shapes the biodiversity and environmental interactions we see today as “a driving force in evolution”.

Fossil Ice: A Decade of Evolution and Insight

The same research team published two papers in the journal Nature In 2011 after studying the “one-centimeter-diameter, fossilized joint eyes” found on Kangaroo Island.

However, at the time it was not clear who these eyes belonged to, but now it has received perfect attention and given the name of the work. ‘ Briggs of Anomalokaris. Professor Patterson said he had found large specimens of these eyes with distinct “acute areas”.

These “sharp areas” in the lens of the eye help to increase the amount of light entering the eye and sharpen the brightness. That’s why researchers think ‘Anomalocaris’ Brigsey In very dim light, I could see deep underwater.

Researcher at The Natural History Museum and co – author of the new study, Dr. According to Greg Edgecomb, a 2011 study determined that southern Australian radiodendromes have different “feeding strategies” for capturing or filtering prey, as indicated in the Appendices However, hunters now know that in these appendages the eyes are attached to “rods” on the surface of the head. Edcocomb said.

A new study shows how the eyes of radionuclides grow and develop. In addition, as noted in many modern arthropods, the eyes were found to grow much larger in larger specimens. According to a study by scientists, this is how compound eyes have evolved over 500 million years.

It should be added that the eye fossils examined in this new study are the oldest ever found. In 2017, BBC He wrote about the discovery of the 530 million year old well – preserved trilobite fossil, the “oldest eye ever found,” and found crabs, bees, and dragonflies in many of today’s animals. Radio donuts emerged during this “Cambrian eruption”, which is why their fossils represent the “birth of the hunter” on Earth.

Pictured above: An artist’s remake of ‘Anomalocaris’ Briggsi, started an evolutionary weapon race of deep sea creatures because its improved view made it a better hunter. Source: Katrina Kenny / University of New England