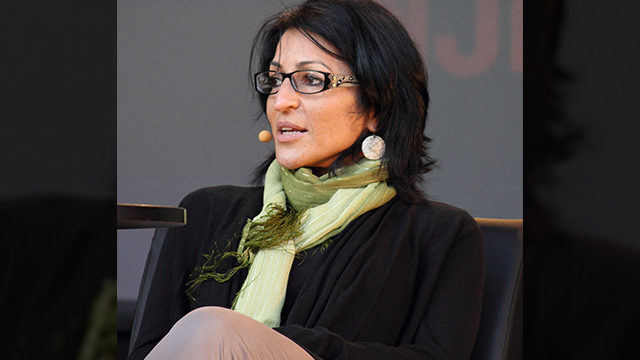 WITHHELD. Susan Abulhawa, Palestinian-American author of the novel Jenin, is captured at the Israeli airport. Photo from wikipedia

JERUSALEM, Undefined – A Palestinian-American writer was detained at Israel's main airport and deported, according to Palestinian and Israeli officials on Friday, 2 November.

Susan Abulhawa was denied access to Tel Aviv Ben Gurion airport on Thursday night, November 1, said a spokeswoman for the Palestinian Literary Festival, who was held by Abulhawa.

On Friday, he turned to an Israeli court, but his appeal was rejected, which is likely to be deported in the coming hours, the spokesman added.

Abulhawa, author of the novel Jenin in the morning, both in Jerusalem and in the West Bank, Ramallah, during the festival, supported by the British Council.

Sabine Haddad's immigration authority spokesman told AFP that the writer was denied entry because, due to the incident in 2015, he refused to answer security personnel when he tried to enter the area crossing the adjacent Jordan.

"He was denied access and said that next time he arrived he had to coordinate beforehand," Haddad said in Hebrew.

This time, "he landed without going ahead".

Haddad added that Abulhawa's detention was not related to boycott, punishment and sanctions (BDS).

In March 2017, the Israeli Parliament adopted a law prohibiting entry to BDS supporters, a movement inspired by the international campaign against apartheid in South Africa.

Last month, an American student spent two weeks in Israeli detention, which was an entry ban for the past support of the pro-Palestinian boycott campaign.