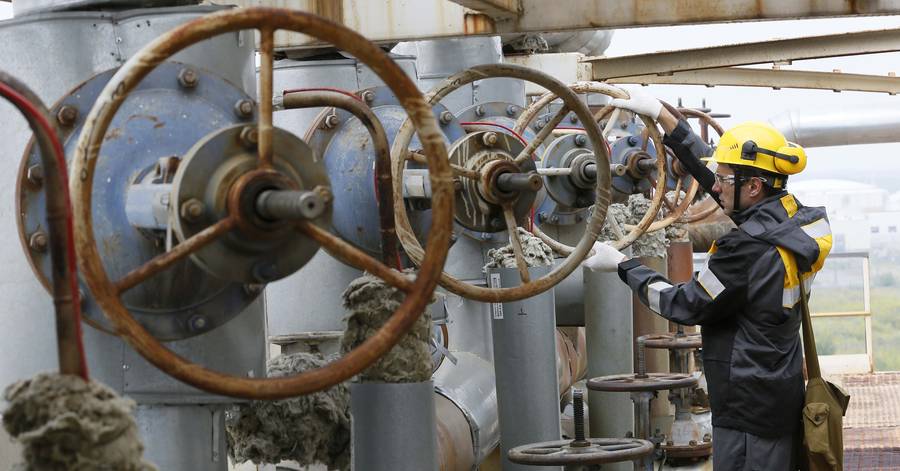 An early winner from the latest round of Iranian sanctions is emerging: Russia.

The U.S. began enforcing a tough new slate of economic restrictions against Iran on Monday, including a threat to sanction buyers of Iranian crude. That has refineries in Europe and Asia-recent, big buyers of Iran oil-looking for alternative supplies. Russian oil companies have stepped in, stealing customers from Iran. The two countries produce similar grades of crude, making a switch by refiners relatively easy.

But Moscow also offering Tehran a lifeline for its stranded crude. It says it plans to defy U.S. sanctions and purchase Iranian imports. It's offering to pay only in the form of barter, and then process the crude for domestic use. That would free up its own oil for more-lucrative crude export markets.

Russia counts Iran as a key ally in its widened geopolitical role in post-civil war Syria. It has criticized the new round of U.S. sanctions and says it will not be bound by them. In recent months, Moscow has repeatedly said it would buy at least 100,000 barrels a day of Iranian oil, which would provide a welcome buyer for oil that could not find a customer otherwise. Russia is paying for the crude with Russian machinery and food, according to Russia's Oil Ministry. It's also promising to invest in the Iranian oil sector as Western companies retreat. 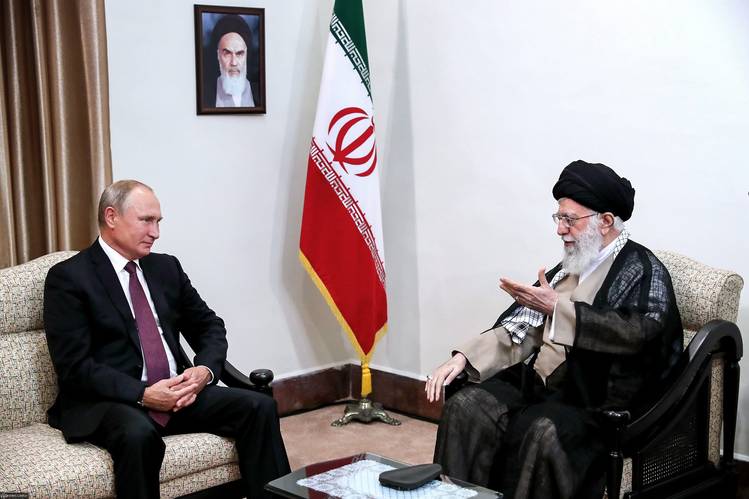 The new, Washington-imposed sanctions take a specific aim at the Iranian oil exports, that country's most important economic pillar. U.S. officials want to cork up all 2.2 million barrels a day of Iranian crude-export capacity, threatening buyers with sanctions. Many purchasers, because they use the U.S. banking system, are vulnerable to such sanctions and are already pulling back. Russia is less vulnerable to Washington's retaliation, since it already is under U.S. sanctions and its economy and financial system are the U.S. than Western European countries.

Iranian exports had been down some 800,000 barrels a day from before the U.S. announced its new set of sanctions. Oil market watchers expect that to fall sharply now that sanctions are in place.

At the same time it is promising to help Iran, Russia is replacing Tehran on the global oil market. It has boosted its output by nearly half a million barrels a day, compared with last year, recently hitting a 30-year production record. Russia, the world's largest oil producer, pumped 11.41 million barrels a day in October, up 4.3% from the same period last year.

Some of that new crude is snapped up by former customers of Iran.

That's particularly the case in Europe, where buyers have been halting the Iranian purchase because they tend to be more exposed to the U.S. business and financial systems.

For European refiners, Russian oil is a natural substitute to Iran's crude because it tends to be of medium density and relatively high sulfur levels can usually be shipped faster than their plants than other replacement crudes. Italian refiners

SpA, for instance, are tapping more of Russia's oil, especially its popular Urals grade, to make up for Iranian oil, according to people familiar with the matter. Spokespeople for Eni and Saras did not return calls for comment.

The "Urals [grade] will benefit, "Patrick Pouyanne, chief executive of

Total stopped buying Iranian crude in July, the company said. The next month, it bought 217,000 barrels a day of Russian crude for its Le Havre refinery in France, a year-to-date high, according to data from shipping tracker Kpler.

Russia is also replacing the Iranian crude for customers outside the European Union. Turkey resumed imports of Russian oil in June after a three-month absence, making up for cuts in Iran oil purchases, according to official statistics. Turkey has vowed to defy U.S. sanctions, too, but many of its companies have deep, international ties and would be vulnerable to U.S. sanctions.

That's already translating into higher profits for Moscow's state-run energy companies. On Tuesday, Rosneft reported a three-fold jump in net income to 451 billion rubles ($ 6.8 billion) for the first nine months of 2018 compared to last year due to a production boost and higher prices for Urals.

The same replacement effect came in China, which cut oil imports from Iran by 34% in September year-on-year, while Russian sales rose by 7%.

In South Korea, Tehran's oil sales collapsed in August, falling 85% on an annual basis. Russian shipments rose by 20% the same month, according to South Korean customs.

-Anatoly Kurmanayev and Ann Simmons contributed to this article.