"Pompeo": Our sanctions were directed at Iran, not the people 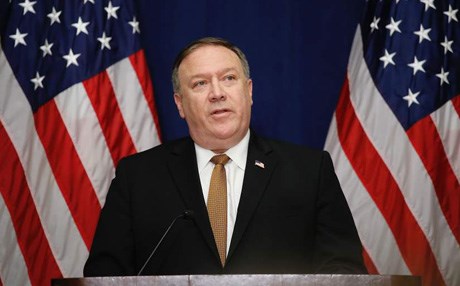 US Secretary of State Mike Pompeo is the sanctions imposed on Iran by his country, which are in Tehran and not in the Iranian people.

"On November 5, we set strict sanctions on the Iranian regime, which is to force Iran to stop its devastating activities, and sanctions target the system, not those who suffer from bad governance, theft and brutality of their government" said Pompeo via Twitter. "He told.

US President Donald Trump withdrew from the nuclear agreement between Iran and the international powers last May, describing it as "essentially defective." On Twitter, he announced that sanctions are being imposed on Tehran with the help of the slogan of the famous American television series. .

In August last year, the US revised the first installment of sanctions, and new sanctions prevented all foreign states, entities or companies from entering the US markets when they buy Iranian oil or buy Iranian banks.

Trump said he was ready to negotiate and agree with Iranian leaders after 12 conditions were fulfilled, namely stricter restrictions on Iran's nuclear capabilities than the 2015 agreement, limiting the spread of Iranian ballistic missiles and suspending destabilization of Iranian activities in many Middle East countries. Such as Syria, Yemen and Lebanon.