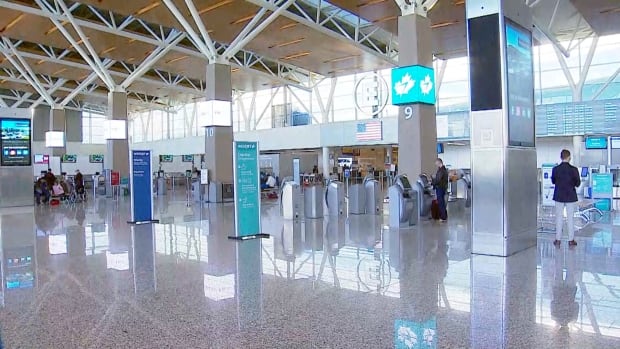 Police say a musician carrying an instrument appears to have been mistaken for an active shooter at Calgary International Airport Thursday.

The airport said that some parts of the terminal had been spotted after a report that someone with a gun had spotted.

The airport employee got an international terminal – on the way of two phone calls – on what was expected to be one of the busiest travel days of the holiday season.

Police confirmed they responded to a call from the airport "with regards to a possible disruption involving a weapon in the terminal," but later reassured travellers that no shooter had been found.

A police spokesperson confirmed there was nothing to suggest there was a gun, but said there was a band at the airport at the time, so it was thought that they saw a rifle actually saw one of their instruments.

"It was believed to be a musical instrument," tweeted Const. Mark Smith.

Following our investigation it was believed to be a musical instrument.

The Calgary Airport Authority also confirmed there was no threat, but said some areas of the international terminal were still under lockdown as about 2:30 p.m. MT.

Flights were delayed and travellers who had been screened by U.S. The customs had to be recickared, impacting a couple of hundred passengers, said Calgary Airport Authority spokesperson Reid Fiest.

"Ultimately what matters here is safety – that is our first priority here," he said.

At about 3:30 p.m., the authority said services were resuming.

Arrivals, departures and baggage delivery were affected and travellers were told to check their airlines for information.

The airport said in a release earlier this week that the busiest pre-Christmas travel day with an expected 49,000 people passing through.

This was the second lockdown at Calgary International Airport this month. A suspicious package was reported at one of the entrances on Dec. 9, prompting officials to stop letting passengers exit customs and keep passengers on at least 12 planes for several hours.

Police later said the package was a bag.