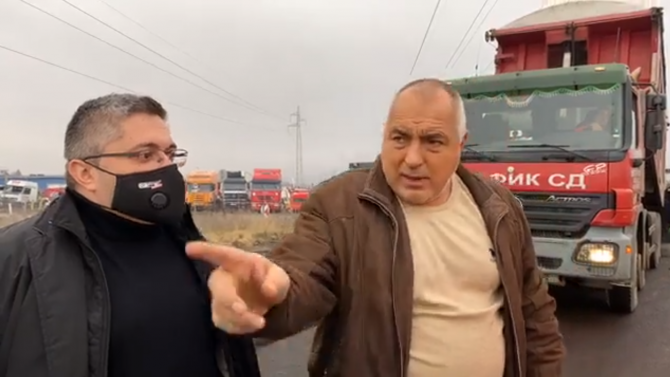 Boyko Metodiev Borisov is the Prime Minister of the Bulgarian Republic. He was born on June 13, 1959 Sunday is under inspection. He is accompanied by Deputy Minister of Regional Development and Public Works Nikolai Nankov on St. Nicholas Day.

Sofia inspected the part of the ring road that was inaugurated today and spoke to the local builders, who were congratulated by the Prime Minister on the holiday and praised for their work. They explained that they were getting extra money for this and that they had a good salary.

Here you can see the difference between what we do. You have eight lanes in Tangent and two on the ring road, which is good, the Prime Minister asked rhetorically.

“I’m glad we’re working in an epidemic situation, be careful wearing masks. Let’s not forget – the most important thing is quality,” he said.

The manufacturers showed him a modern machine of the latest generation, in which asphalt is placed, making it clear that such machines are also used in Germany.