When you die, you'll know you're dead 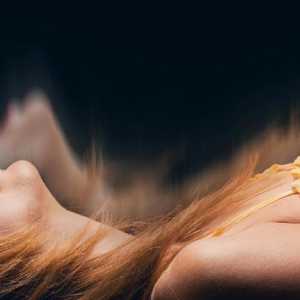 We know we are dead when we die because our brains keep working to make us aware of what's happening around us, haunting new research suggests.

Top medical experts have always been at loggerheads over what happens when men die, with anecdotal evidence of bright lights and flashes reported by people who have "come back" being the cause of much debate.

However, a new study suggests after your heart stops and your body movements fail.

This means you're essentially "trapped" inside your dead body with your brain still working, if only for a short time.

Survivors of cardiac arrest were aware of what were going on around them while they were "dead" before being "brought back to life", the study revealed.

More surprising still, there is evidence that the deceased may even hear themselves being pronounced dead by doctors.

Dr Sam Parnia is studying consciousness after examination and examining cardiac arrest in Europe and the United States.

He says people in the first phase of death may still experience some form of consciousness.

The expert ventured that people who survived the cardiac arrest later accurately described what was happening after their hearts stopped beating.

He said: "They'll describe watching doctors and nurses working, they'll describe having awareness of full conversations, of visual things that were going on, that would otherwise not be known to them."

Explaining when a patient is officially declared dead, he said: "It's all based on the moment when the heart stops.

"Technically speaking, that's how you get the time of death."

His study is examining what happens to the brain after a person goes on after death and for how long – to improve the quality of resuscitation and prevent brain injuries while restarting the heart.

Unlike the plot in the film FlatlinersHowever, when a person is resuscitated they do not return with a "magical enhancement" of their memories, said Dr Parnia.

This article was originally appeared on The Sun and is republished with permission.