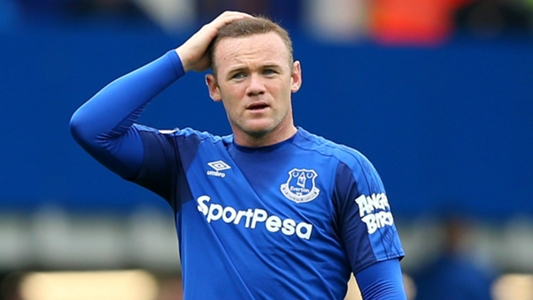 The former England boss claims the iconic frontman had lost his way during a second spell at Everton, with a switch to America very much needed

Wayne Rooney had "lost everything" before making a move to MLS, claims Fabio Capello, with the Manchester United legend a shadow of his former self during a second stint at Everton.

After 13 record-breaking years at Old Trafford, the Red Devils' all-time leading goalscorer was allowed to leave by Jose Mourinho in the summer of 2017.

The decision was taken by the ex-England captain to return to his roots at Goodison Park, but a homecoming did not go completely to plan.

Rooney would spend just one season on Merseyside before heading to America and penning a deal through to 2021 with D.C. United.

The 32-year-old has enjoyed a welcome return to form in Washington, with a play-off place in his first campaign as he found the target 12 times in 21 appearances.

Former England boss Capello believes Rooney needed a switch such as that as he had stagnated at Everton and lost many of the qualities which previously established him as a Premier League icon.

The Italian said at the Laureus World Sports Awards in Monaco: "Rooney is a good player, but I saw the season when he returned to Everton and he did not perform well.

"He was on the pitch like a different person. He was not with the team. It was not the Rooney I remember – fighting, running – nothing. He lost everything, all his characteristics.

"He decided to go to America. The football is different, it's a new experience and a lot of Italian players go there at the end of their careers. "

Rooney did record 11 goals across 40 outings for Everton, including one memorable effort from the halfway line against West Ham.

He was, however, unable to deliver the consistency expected of him and found himself slipping out of favor under Sam Allardyce.

A spell in MLS has allowed him to rediscover his spark, while the 2018-19 campaign also saw him take a 120th appearance for England – with the Three Lions' highest goalscorer in a retirement for one final cap against the United States in November.