Pensioners cut risk of falling by nearly a fifth if they take up Tai Chi, Oxford University study finds 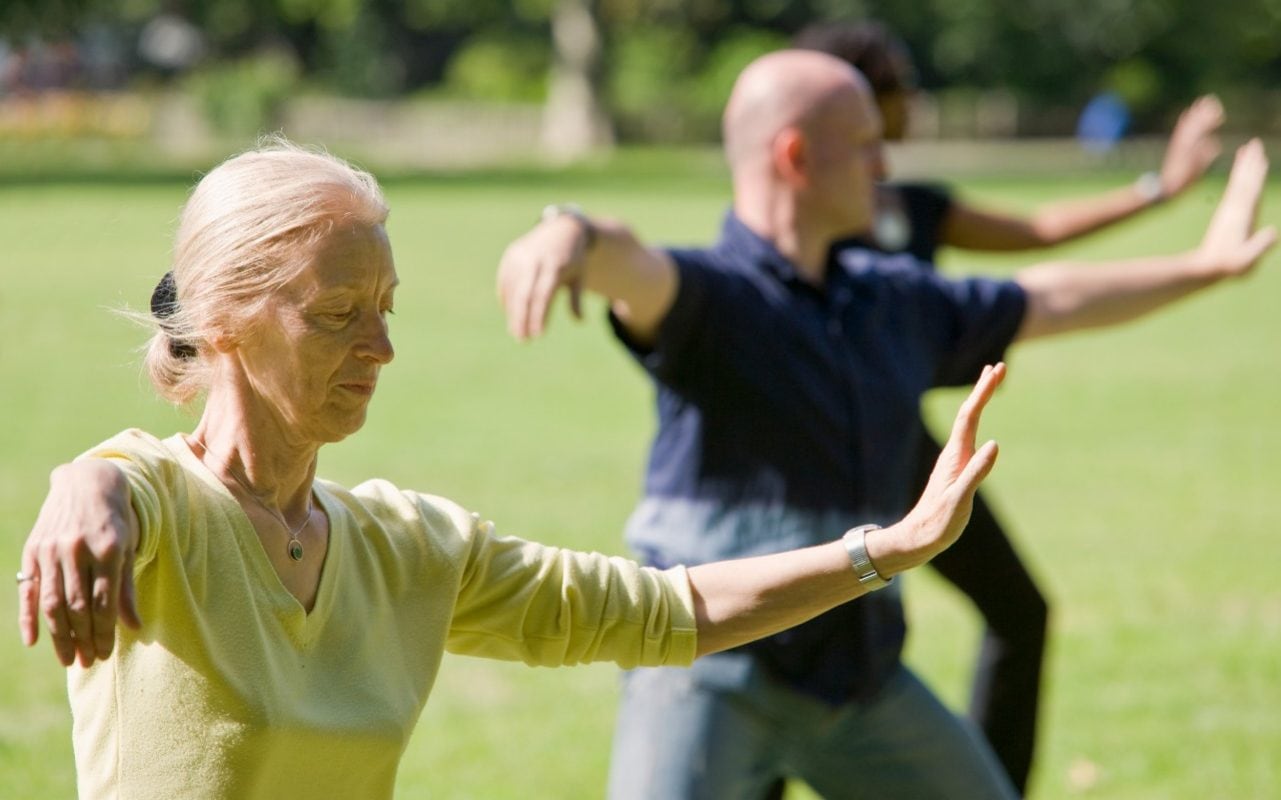 A study involving Oxford University found that elderly people enrolled in fitness classes to improve their strength were likely to end up suffering potentially deadly injuries.

The research, which examined 108 trials, with 23,407 participants, found that classes which aim to improve balance and functional exercise cut the risk of falls by 23 per cent.

The average age of those in the study was 76 years old, with three quarters of participants female.

The trials involved in pensioners living independently at those in retirement villages, or in shelter accommodation.

The review found that exercise programs were performed by a physiotherapist were effective. Exercises were mostly performed while standing as a better way to do a standing up from a low chair or climbing stairs.

On average, those taking part in all exercise programs had 23 per cent fewer falls than those who did not, while Tai Chi found found to reduce the rate of falls by 19 per cent.

Experts said it was less clear whether the exercises like dancing and walking, which did not focus on balance, could cut the risk of falls.